How to Guarantee You’ll Have a Divorce from Hell 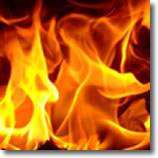 I’ve been a divorce lawyer here in Austin for several years and I’ve done hundreds of divorces (probably more.) Periodically, I run across someone that is determined to have a divorce from hell.

If you think that’s something you’re interested in, I thought I’d give you some tips that I’ve learned from some of these people.

There you have it. Nine easy ways to guarantee you’ll have a divorce from hell. If nine ways isn’t enough for you, keep checking back. I’ll be adding new techniques as I run across them.

What Do You Need Help With?